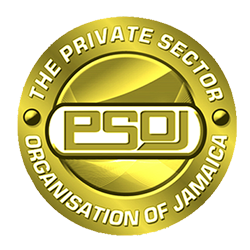 The Private Sector Organisation of Jamaica Hall of Fame was established in 1992. It is the premier event on the PSOJ’s calendar of events at which we publicly recognise an outstanding leader of the private sector.

The Private Sector Hall of Fame was designed to honour business leaders who have made significant contributions to the development of the private sector and our country and pays tribute to three important traits – successful entrepreneurship, leadership and character. The nominees should have served in Jamaica’s private sector for at least twenty-five years and should also have an in-depth knowledge of and commitment to his or her field and be of sound character and unquestionable integrity. High ethical standards should be the trademark of his or her business deals and practices. In addition, the nominees’ companies must be successful with above average growth.

Only one awardee is selected each year. However, at our inaugural dinner in 1992, there were two awardees. The founding President of the PSOJ, the late Honourable Carlton Alexander, OJ, CD, was posthumously inducted into the Hall of Fame, as was the late Honourable Paul Geddes, OJ.

Hon. Michael Lee-Chin, OJ,OONT Chairman of the NCB Financial Group and Portland Holdings became the 28th inductee into the Hall of Fame at the annual banquet which was held on Thursday, October 20, 2022, at the Jamaica Pegasus Hotel.