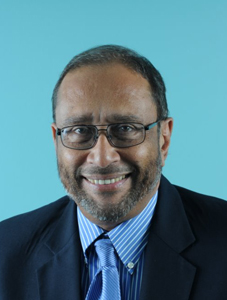 Mr. Howard Mitchell, Director of Cari-Med, was today re-elected President of the PSOJ at a Council meeting held at the PSOJ’s offices on Hope Road. This is his 2nd term as President of the Organisation.

The Honorary Secretary is to be appointed by the Executive Committee at their first meeting in 2019.

In accepting his reelection to the PSOJ’s top post, Mitchell thanked the Council members for the vote of confidence in his ability to lead the Organisation. He expressed confidence in his executive team and with it, plans to continue to lobby for the interests of the private sector and on issues impacting Jamaica as a whole.

Mitchell said that he plans “to continue to take a collaborative and inclusive approach to stimulate action and effect change on issues of national importance and impact.” He also expressed his ongoing concern with the current crime situation and said, “the urgent and immediate task will be to reignite dialogue towards the development of a unified nationally, acceptable policy on crime prevention, citizen security and economic growth.”

The PSOJ is governed by a 50-member council which is elected by the general membership to serve for a two (2) year period. As the governing body, the Council sets the Organisation’s policies and elects each year from amongst its members the Executive Committee.