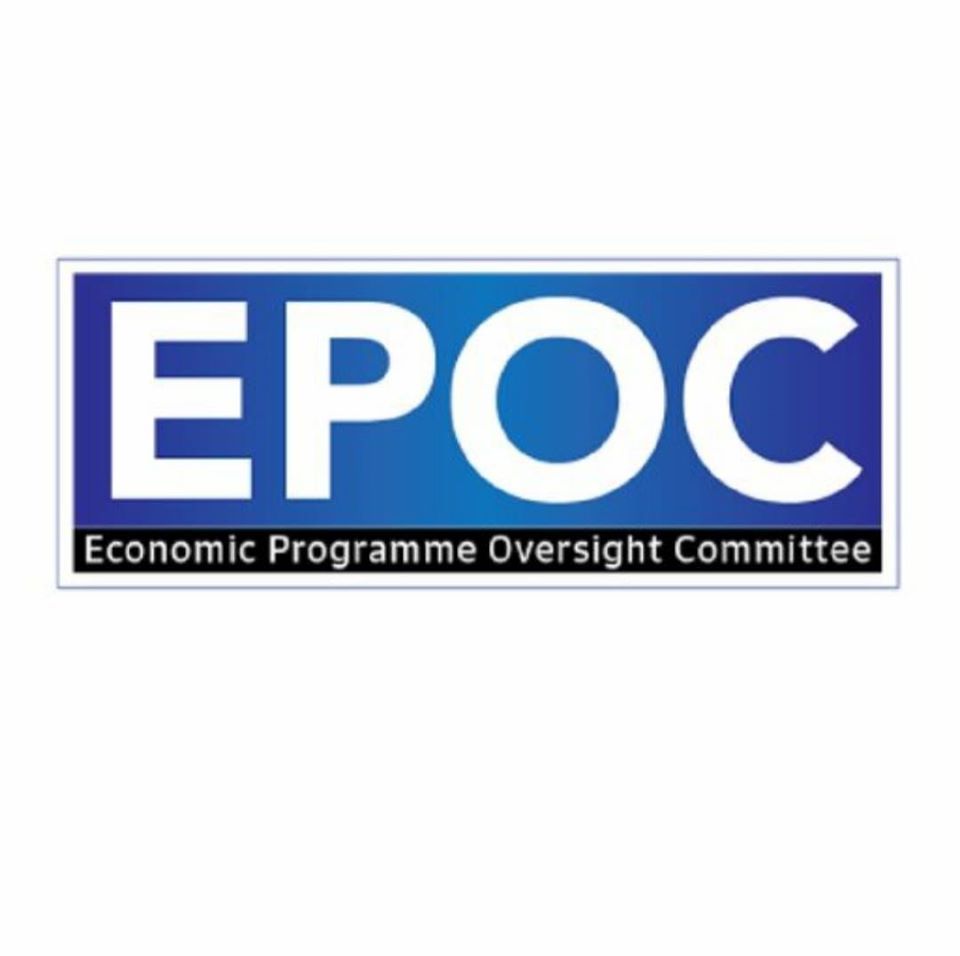 The EPOC met on November 29, 2019 and reviewed the performance of the economy for the period ended September 2019.

IMF Completes 6th and Final review under the Standby Arrangement

The Executive Board of the IMF completed the sixth and final review of Jamaica’s performance under the programme supported by the Stand-By Arrangement (SBA), at the Executive Board meeting held on Monday, November 4, 2019. This follows the sixth IMF review mission under the precautionary SBA, which took place from September 9-20, 2019. The SBA expired on November 10, 2019.

Capital Expenditures are actually $2.0B behind expenditures for the same period for the fiscal year 2018/19. Capital Expenditure which has been lagging behind the budget on a year to date basis, amounted to $3.4b in September 2019 and was $320.8m below the monthly target. The shortfall reflects a slower than anticipated pace of project execution.

As a result of the Revenue and Grants performance for the first six months of the fiscal year, the Primary Balance of $80.7B exceeded the $75.0B budget target for April-September 2019.

The fiscal balance for the period April – September 2019 was $14.4B which was $8.3B above the First Supplementary Budget of $6.1B. This positive performance was due to the combined effect of higher than budgeted Revenue and Grants and lower than programmed Expenditure (excluding amortization).

BoJ’s gross reserves as at November 26, 2019 declined by US$59m to US$3.598m. This reduction was largely driven by the B-FXITT flash sales operations amounting to US$90m which were conducted due to excess volatility in the FX market.

Core inflation, measured as the Consumer Price Index excluding the prices of Agricultural Commodities & Fuel (CPIAF), was 2.9 per cent at October 2019, in line with the outturn for September 2019 but higher than the outturn for October 2018.

Bank of Jamaica estimates the annual point to point inflation rate at November 2019 to be 3.5 per cent.

Programme implementation remained strong under the sixth and final review under the SBA. All quantitative performance criteria (QPCs) and indicative targets (ITs) for end-June 2019 were met. By the expiry of the SBA, all twenty-three (23) structural benchmarks under the SBA have been met as Jamaica successfully completed the IMF Standby Arrangement Programme.

On November 19, 2019, the BoJ held the policy rate unchanged at 0.5% based on their continued assessment that “monetary conditions are generally appropriate to support the achievement of the Banks inflation target of 4% to 6%”.

Noteworthy was the Mining and Quarrying sector which is estimated to have decreased by 18.5% mainly as a result of lower output by Alpart due to the operational closure for 18-24 months.

EPOC welcomes and lauds the GOJ for the delivery of the GOJ Quantitative Performance Targets and Priority Actions Matrix for 2019/20 and 2020/2021 that were outlined at the completion of the sixth review. These commitments will form the basis for the monitoring of the GOJ Economic Reform Programme (ERP) following the expiry of the SBA.

EPOC will begin reporting on the Priority Actions Matrix in its next Communique.

As Jamaica embarks without the oversight of the IMF, Jamaica’s fiscal performance continues to be strong as Tax Revenues continue to be healthy, growing at higher than inflation levels year over year and continuing to exceed its’ targets.

Jamaica’s Gross reserves continue to exceed the Reserve adequacy metrics, and do provide a buffer against external shocks. The FX market experienced excess volatility due to imbalances in demand and supply in October and November 2019, which saw the BOJ executing flash auctions under B-FXITT of US$140.0m. EPOC is hopeful that the introduction of the FX trading platform and the further development of the FX forward market will bring increased transparency to the market, which could lead to reduced volatility and reduce the need for the sale of US$ through B-FXITT flash auctions as we go forward.

Inflation is low and stable albeit below target, but core inflation has increased in September and October 2019, which could lead to inflation moving back into the target range of 4-6%.

Growth remains fairly low but positive, in spite of the temporary closure of Alpart and unfavourable weather conditions, which impact agricultural output.

While the global and regional outlook for growth is skewed to the downside, business and consumer confidence remain high in Jamaica.

While we all would like to see greater inclusive growth, the GOJ and the BOJ by all indications are on a sustainable path which should see Jamaica growth levels increasing to GOJ projected 2% growth levels by 2021/2022.