Jamaica National Boss to be inducted into PSOJ Hall of Fame 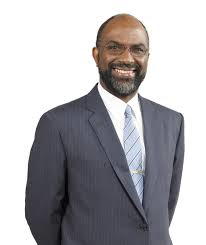 Mr. Jarrett has had a long history of involvement with the PSOJ, having served as Honorary Secretary on the organisation’s Executive Committee, and Chairman of the Trade Policy Committee, from 2009-2012.

His tenure at Jamaica National began in 1997 following his entry into the organisation as an Executive with responsibility for Compliance and Overseas Subsidiaries. In 1999, he became the General Manager, a position he has held ever since. Mr Jarrett is also a member of the Society’s Board of Directors, and a Director of all its local and overseas subsidiaries, as well as the JNBS Foundation, the charitable arm of the JN Group.

A Chartered Accountant and graduate of The University of the West Indies, Mr Jarrett also serves as an Executive on the boards of several international, regional and local organisations. He is:

”Earl is someone whom I have known and worked with for quite some time now. I have always been impressed with his stewardship of Jamaica National, and the impact he has made on the

industry,” says President of the PSOJ, William Mahfood. “Similarly, I am always amazed that even while growing the organization, he has found time to contribute to society, such as the fantastic work he has done with the Jamaica Cancer Society. He is well deserving of this award and continues the line of distinguished awardees who have served Jamaica well,” he continued.

In 2008 Mr Jarrett received the Order of Distinction, in the rank of Commander (CD), from the Government of Jamaica, for service to the financial sector, and the Pelican Award from The University of the West Indies Alumni, Florida Chapter, for outstanding work in business development among the Jamaican Diaspora in the USA.

Mr. Jarrett has a passion for volunteering and has served in a number of organisations, including the Jamaica Cancer Society, the Council of Volunteer Social Services (CVSS), the Rotary Club of New Kingston, and the YMCA. Earlier this year, he was recognised as the Gleaner Honour Awardee for exceptional voluntary service.

Each year, since 1992, the PSOJ pays tribute to a private sector leader who has made innovative and sustained contributions to the development of the private sector over a minimum of 25 years, has demonstrated in-depth knowledge of the industry in which his/her company operates and demonstrates an unwavering commitment to the advancement of his/her industry and to national development.