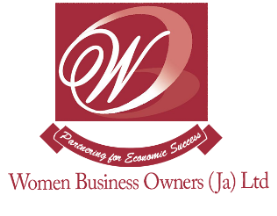 The Private Sector Organisation (PSOJ) joins with its association member, the Women Business Owners (WBO) Ja. Ltd, in expressing concern about the findings of the November 2015 World Economic Report, which reveal that Jamaica as a country, has slipped to 65 out of 145 countries in the global ranking with regard to the fundamental right to equal pay for equal work.
The members of WBO are employers in various sectors of our economy such as technology, finance and manufacturing, and they are seized of the importance of working as a nation to close this gap in the realisable future, with the goal of eliminating it in our life time.
Our nation’s much needed economic growth, which must now follow on the recent fiscal reforms, will have to be achieved in a manner that makes us a more equitable and just society. This will not be achieved if women are not recognized for their worth and compensated accordingly.

Globally we are seeing economic growth in developed and some developing countries but closer scrutiny reveals this growth is accompanied by growing disparities in gender pay gaps and wealth distribution.
As a developing nation Jamaica is desperately in need of sustainable and equitable economic growth, and we cannot take comfort in the fact that no country surveyed has accomplished this equality. Women are hardest hit in this severe economic climate as they head the highest number of single parent households.

Recent global reports have confirmed that women continue to score well in the areas of Tertiary education, management of businesses and financial saving. However, while these and other positive indicators are commendable, the PSOJ and WBO note that they still have a very long way to go in areas of business ownership, policy and decision making.

Studies also show women’s absence in the ownership of medium and large businesses, and on major decision and policy making bodies such as Board Chairmen.
Our women flourish and are in the majority as owners of micro businesses, but these entities however, do not evolve at required rates into small, medium and large businesses —the ones desperately needed to grow our economy and create greater employment.
WBO calls upon the Government of Jamaica and private sector employers to ensure data relating to this subject become more transparent, gender sensitive and available. WBO also urges the tertiary institutions to develop more research and scholarship in this area.
Finally, the connection between women’s economic empowerment and the quality of life for the nation must become more central to the discussions and policies adopted for economic growth.