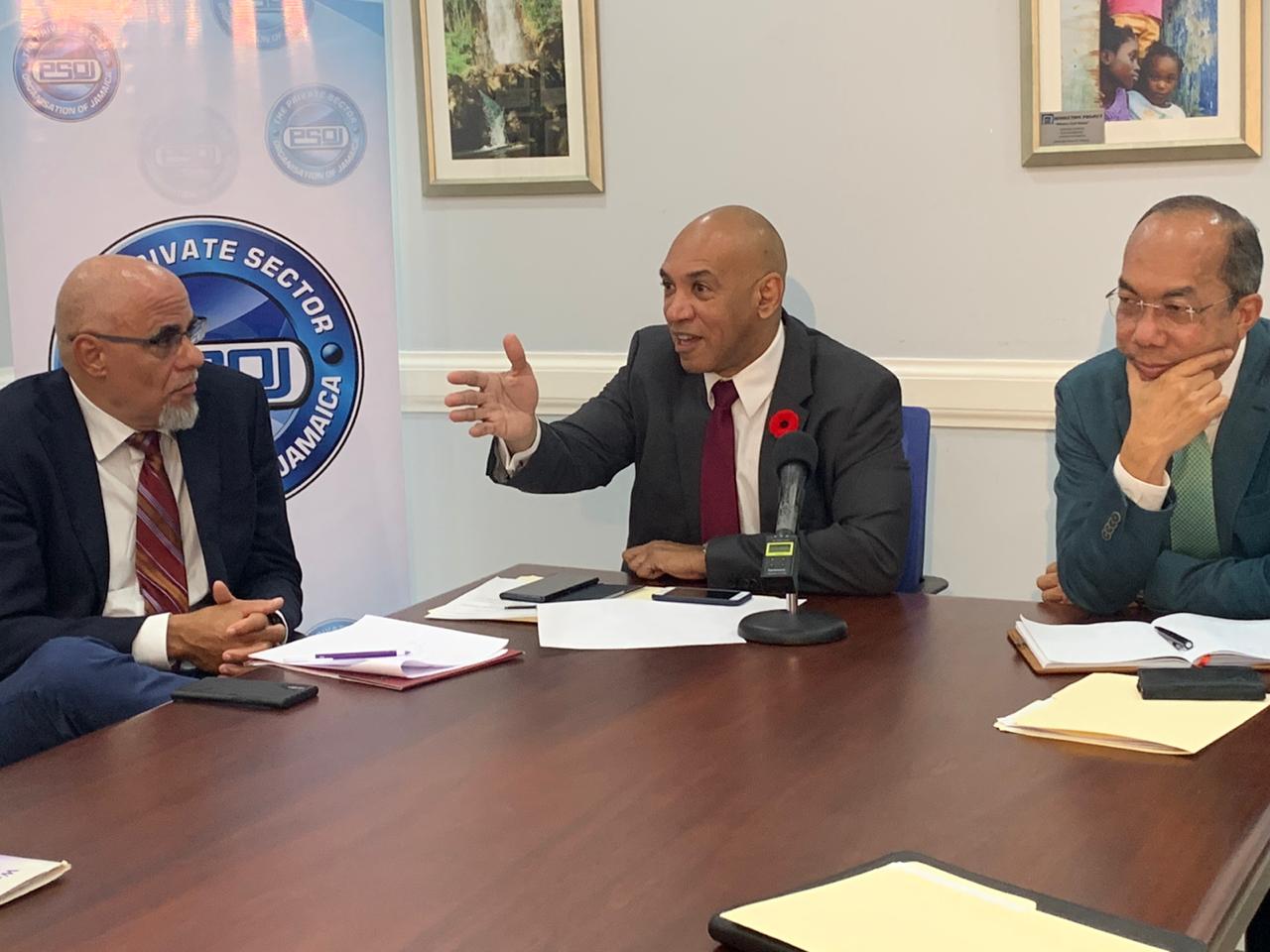 The Private Sector Organisation of Jamaica (PSOJ) President Keith Duncan, with the endorsement of the Jamaica Chamber of Commerce (JCC) and Jamaica Manufacturers and Exporters Association (JMEA), along with other private sector stakeholders and members of civil society, met with Dr. the Hon. Horace Chang, Minister of National Security and Major General Antony Anderson, Commissioner of Police to further discussions around public disorder on the roads.

Minister Chang shared the specific time bound roadmap of work being undertaken by the Ministry of National Security in collaboration with the other Ministries Department and Agencies to restore order on our roadways. Among them, he highlighted, the continued work on Traffic Ticket Management System (TTMS), and called attention to the resourcing of the court management system with laptops, desktops, printers, etc. to support TTMS operations.

He also indicated that the TTMS has been enhanced with an e-warrant feature and timelines for roll-out are being finalized with the court. It is anticipated that the issuance of e-warrants will commence with traffic courts in the parishes of Kingston, St. James and Westmoreland, among others

The merits of the Jamaica Constabulary Force (JCF) Technology Branch and the efforts of the Police in addressing public disorder on the roads were underscored by the Police Commissioner.  He also provided insight into the continued efforts to revamp the Police Force using technology as a multiplier of the Force’s capacity to enforce the laws to maintain public order and public safety across the island.

Duncan welcomed the advances made by the National Security Ministry, and informed that he will be meeting with the Minister of Transport, the Honourable Robert Montague, on November 12, 2019, to hold similar discussions.

The stakeholders recognized and agreed on the importance of creating a mechanism for monitoring the restoration of public order on the roadways. They also look forward to seeing whether such a monitoring mechanism could be encapsulated in the wider ongoing deliberations towards bipartisan and multisectoral consensus around crime.